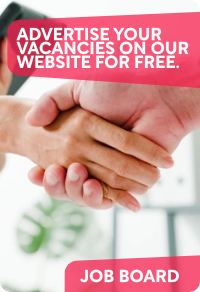 Covid19: Traveling from Belgium to China by Baudouin Snel

I went back to Belgium my home country at the end of September 2020 to visit my family and for the 90th birthday of my mother and I expected to stay one month or a bit more but never expected to be stuck more than 1 year outside of Belgium having my own company with almost 10 staff and having lived 25 years in china…I must say that being refused entry to China after having work 25 years in China was a challenge but with patience and help from my brother Philippe Snel (founder of Dawo law firm in shanghai ) and ex-chairman of Bencham China I managed to come back.

In October due to the second wave of covid virus in Europe after the summer relapse China decided to close its doors and existing resident visa were declared not valid anymore and another new visa was required requiring a special invitation letter (called PU letter) from a government bureau or state company but without clear information on how to get it. I was expecting that the door would open again by Christmas or the Chinese new year.

But every month the prospect looks worse and worse it was quite depressing I must say.

After the Chinese new year, a window opened for Chinese that own their own company in China, but unfortunately, I had to request a new passport as mine was expiring end of June 2021. By the time I got this new passport from my previous resident city in Belgium where the covid regulations slow down the administrative work.. the Chinese law changed again and the window of opportunity was closed again.. as the third wave of covid hit Europe in spring 2021

By that time a new regulation came along and gave some hope for foreigners having received Chinese covid vaccine in china or elsewhere to be able to apply for a return visa. It was aimed at ex-pats living in China and looking to go back to Europe for a return trip and also to push the western government to accept the Chinese vaccine which did not happen and thus this solution became useless for most foreigners stuck out of China.

I did look everywhere to get this vaccine but some attempts to get the Chinese vaccine in Morocco, Eastern Europe, and even Mozambique were not successful.

I tried to get support from the Belgian consulate and the embassy which put me on a VIP list due to my previous representation work for the Brussels region in Shenzhen and due to my long career in China which included founding the Bencham PRD with other Belgian and Dutch businessman. The Belgian consulate and embassy did help a lot to push my case to obtain the famous PU letter from the local government but the official reply was that PU was only granted to exceptional cases and foreign staff for which there was an exceptional need in china. PU invitation letter stands for proof of urgency.

Having an HK id card I found out that I could go thru Hon Kong to obtain the Chinese vaccine and from there obtain a Chinese visa having still a valid work permit. After having tried many options for one year to go back to China from Brussels I finally left for Hong Kong at end of September after many failed attempts to obtain a PU letter of recommendation from a different Chinese sponsor. I did a 2 weeks quarantine in HK and had to book and pay a Hotel within a list of 30 approved quarantine hotels. The quarantine was supposed to be shortened to 7 days in HK in September but finally due to a new spark of covid in Europe in early September the duration of quarantine was lengthened to 21 days for France and Netherlands but not Belgium thanks god. Having received a Pfizer vaccine helped me to keep the quarantine to 14 days. Hotel reservation is not easy due to limited space and has to be paid in advance. The change of rules made the reservation very difficult. I can recommend some good hotels and some to avoid if you are thinking to go thru Hong Kong.

Plane reservation to Hong Kong is cheaper and easier but needs to be linked to the hotel reservation which is not obvious.

To enter HK a long registration process is necessary online including a PCR test to be done in a lab recognized by the Belgian government. This needs to be proved and shown at the departure and transit airport. The airport testing lab is not officially recognized although very good so be careful. Frankly, the procedure to be able to fly to Hong Kong or China is quite stressful. For China the limited flights and the high cost make the flight from Europe to China more difficult and therefore Hong Kong is not a bad solution. Quarantine and entry procedure in Hong Kong was well organized better than in Shenzhen bay coming from Hong Kong.

Finally, I obtained the famous PU letter after I was already in Hong Kong thanks to the previous contact I had with foreign affairs considering the work done in the past to link Shenzhen and the Brussels region helping Chinese companies to invest in Belgium. This enable me to apply for a china visa in HK having my own company and a valid work permit it was quick to obtain this visa from Hong Kong where I also have a company and a Hong Kong id. I was considered as having a base in HK which enabled me to apply for the visa out of Hong Kong. The proof of having received the Pfizer vaccine in Belgium did help I believe too.

I believe most foreigners with a valid resident permit and proof of Chinese vaccine can return to China after a trip back to their home country except the ones who have been away for more than a year, which are out of luck. Hong Kong is a good solution to try to enter China if other options have been tried without success as Hong Kong has always been a door of entry to China. After the Hong Kong quarantine is done in Hong Kong foreigners are less likely to bring the virus to China. This is a fact to be taken into account.

For people returning directly to China from Europe, it should be noted that normally only direct flights from the home country to China are authorized and the PCR test approval has to be done via the Chinese embassy which emits a green code enabling boarding the plane. The plane from Brussels to China transit and stop all via Xian before going to the final destination (i.e. Beijing, shanghai . Shenzhen, etc...). Flight can be canceled if the airline has registered too many covid cases on previous flights. So the flight can be canceled and can be quite full.

The quarantine in China is also a big issue but is somewhat easier than the work to get on the flight going back to China. In Shenzhen bay where I arrived in China via Hong Kong, we could choose 3 levels of price for the hotel from roughly 400 RMB to 800 RMB, and then the hotel was decided for us depending on the vacancy and quantity of travelers to be driven by a special bus to the quarantine hotel selected by the authorities.

I was quite lucky to get a decent modern hotel in Nanshan with a large room and good windows and relatively good meals. Others have been less successful. The procedure to enter China was quite long and bureaucratic compared to Hong Kong and many QR codes and online questionnaires have to be filled but the staff is usually helpful for foreigners. Quarantine time is officially 3 weeks but can be reduced to 2 weeks and one week in your apartment if the building accepts incoming travelers to do the quarantine at home. Good contacts with your local neighborhood management are important. (Jiedao)

After 2 quarantines of around one month and 15 PCR tests done in Hong Kong and China, I could finally enter China. Back to my company and my second home after more than one year abroad. All readers are welcome to ask me details by WeChat on 13823148694 for precise details on the procedure as it is hard to explain all in detail and it is normal to ask as the rules change a lot and it can be stressful the first time.

A bit of general advice for people planning a return home is to consider the timing and the period as the summer is a better period to travel due to the less covid presence and longer time available for the quarantine and entry procedure. Also do not give up! My own PU letter came when I did not expect it anymore after one year. Rules change a lot and we never know who could help you to come back to China.

Good luck and patience to all who wish to return to China from abroad.